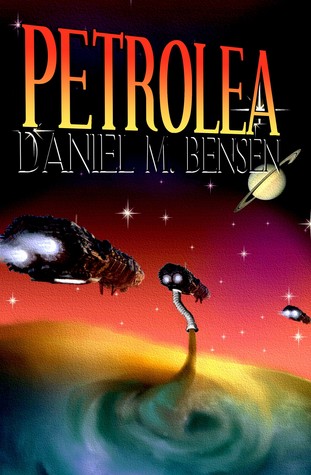 Victor Toledo went to Titan for its oil reserves. Doctor Feroza Merchant has made it her mission to stop him. The wild robots of the petroleum jungle want to strip the flesh from their bones.

Stranded in the mechanical jungle, the engineer and the biologist must cooperate not only to survive, but to understand the alien ecosystem around them. Where did these self-replicating robots come from? Who created their ancestors, and why? What they discover could open space to humanity, or it could destroy our civilization.

Petrolea is a novella about conservation and love in a nest of robot dragons.

“What could be better than dragons? Or aliens? Or giant robots? How about giant alien robo-dragons!”—Chromatic Moonlament

…uh it seems the publisher went under?

I’ll try to self-publish this novella on Amazon, but in the mean time, send me a message and I’ll send you the ebook.

A sample chapter from Petrolea

The Anatomy of a Dragon

Why save the Mechanical Rainforest? An essay on conservationism

A Petrolean Dragon in different modes

The Future of Life by Edward O. Wilson

The head of a Petrolean Dragon and (upper left, much magnified) somatic factor.

The author would like to thank Adrianne “Tex” Thompson and Pavlina Borisova for alpha-reading; Simon Roy for illustrating suggesting cool things; Steve Bein, Matt Sheean, and Morvan Deghelt for help with the philosophy of environmentalism; Keyan Bowes for Feroza’s Gujarati; Elías Combarro for Victor’s Spanish; Peter Queckenstedt, David Gaffney, Rachel Westfall, Melissa Walshe, Emil Minchev, Ben Poulsen, and Kim Moravec for beta-reading; and artist and researcher C.M. Koseman, who drew a sketch of “Gasoline World” during a conversation about speculative biology at Worldcon and started this whole crazy idea.