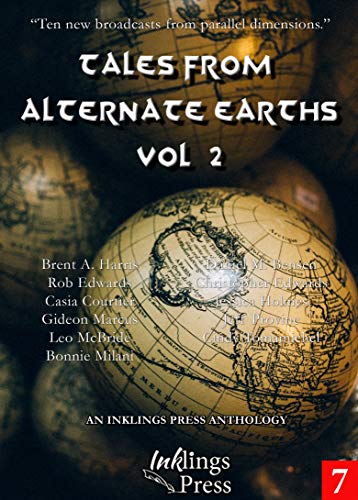 I am pleased to announce that the new Tales from Alternate Earths anthology is out! In it you’ll find alternate history stories about such subjects as the 21st-century secession of New England from the British Empire, the voyage of Christopher Columbus’s little brother Bartholomew, and my own treatment of a world in which hang-gliders were invented in the 9th century. I also wrote the foreword, which I think is pretty good.

Lovers of alternate history, maps(!), and good stories in general may find the book at goodreads and amazon.

This entry was posted in Blog and tagged Alternate History, Announcement, The Goose's Wing. Bookmark the permalink.