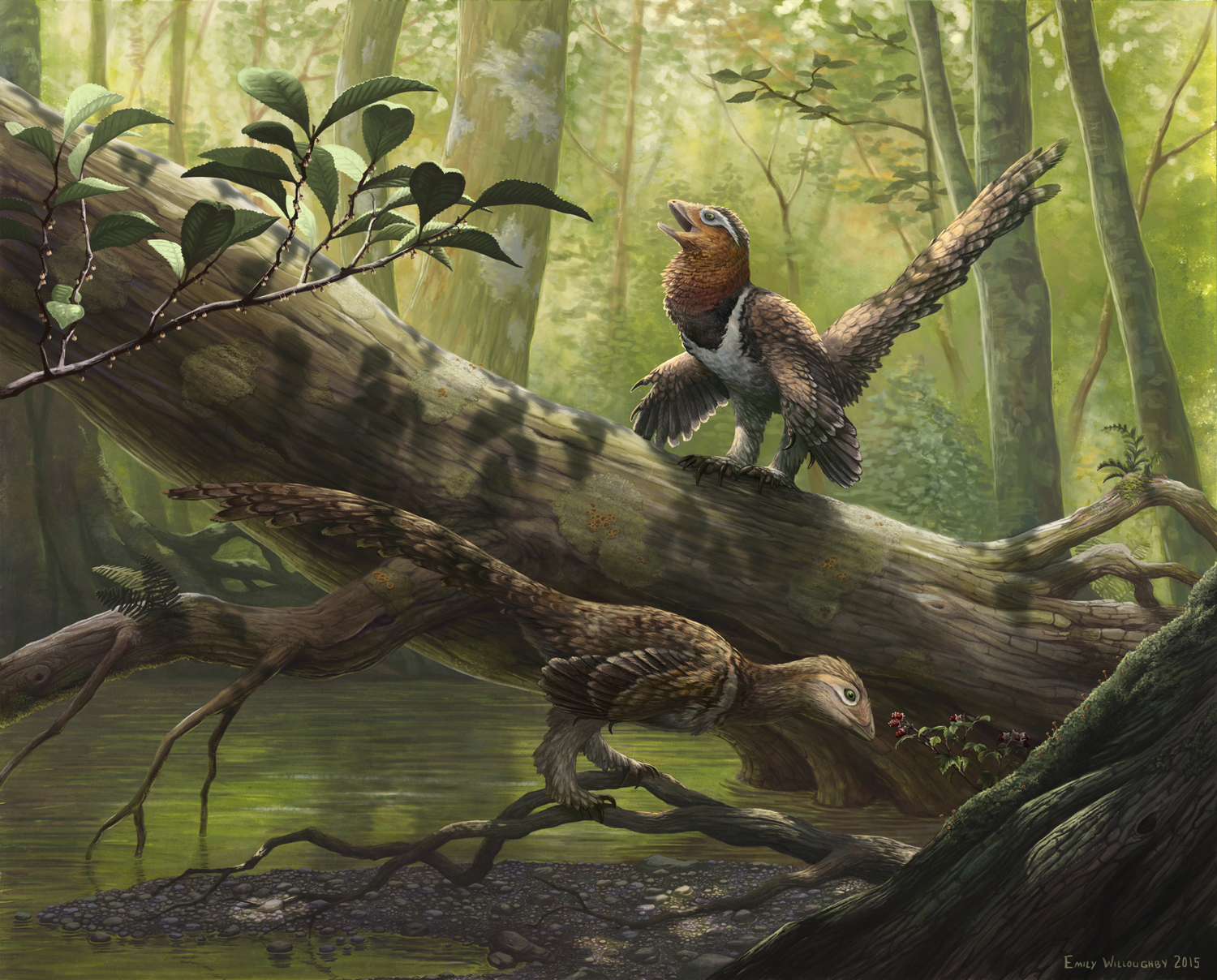 I’m talking with scientific illustrator Emily Willoughby about Dinosaurs! Creationism! and Evolutionary Psychology! EDIT: The book we talk about, GOD’S WORD OR HUMAN REASON, is available now for preorder!

Maniraptors, specifically dromaeosaurs, which had feathers, and might have been secondarily flightless

The world as you know it has changed!

The Fluffosaur Singularity is come! And there came upon the land the Great Enfluffening. The beasts of the field burst forth in fluffiness and many tears were shed into their luxuriant pellage!

Also her book God’s Word or Human Reason: an inside perspective on creationism.

It’s okay to be Christian and believe evolution.

Schools in the US teaching Intelligent Design/Creationism

Pat Robertson denies the earth is only 6,000 years old.

People are not going to change their minds when they’re bullied.

Everyone likes an echo chamber

The heritability of religiosity (PDF)

This entry was posted in The Kingdoms of Evil Podcast and tagged Groom of the Tyrannosaur Queen, science fiction. Bookmark the permalink.