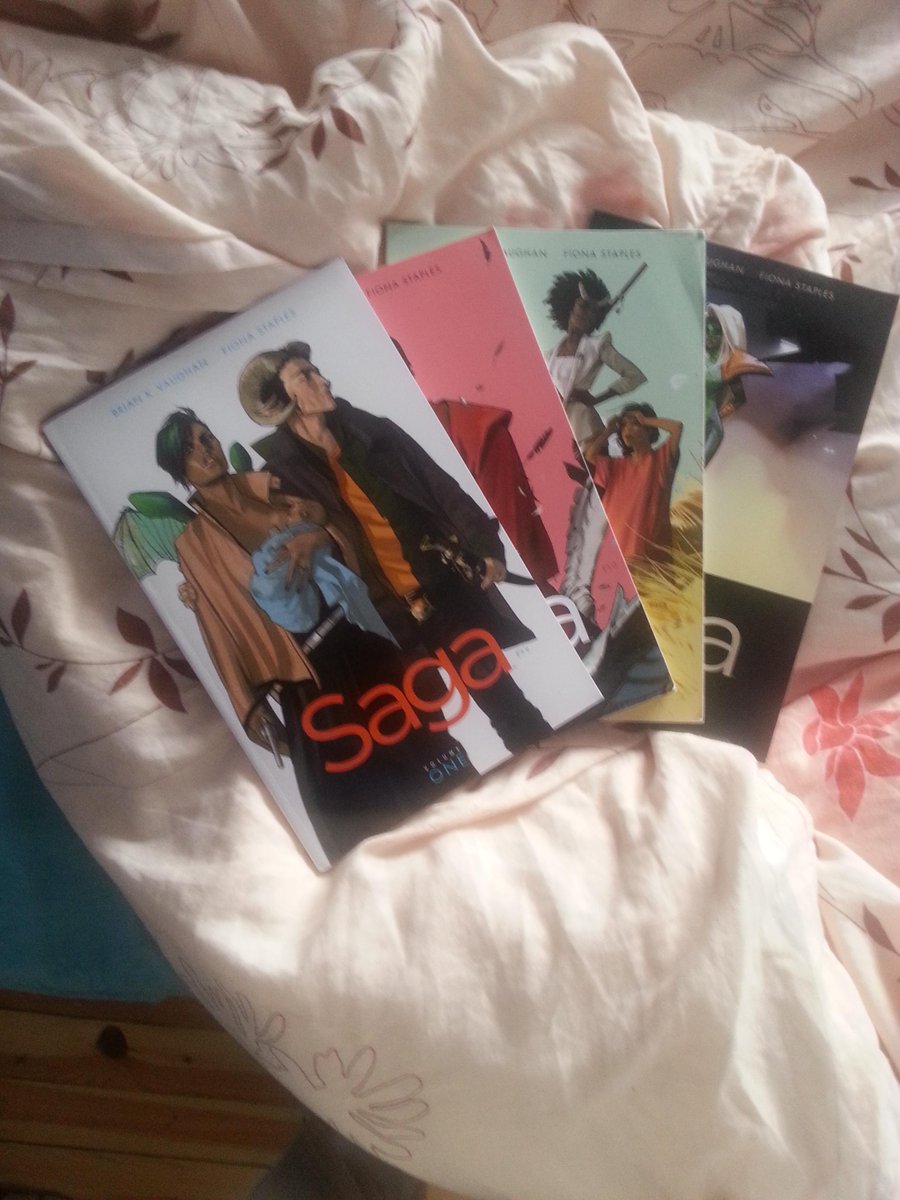 Okay, so here’s me on a Sunday afternoon, having NOT taken my nap , goddam CRYING because some moon-begotten, pie-filled TROLL took it into her energy-drink-addled head to mail me all three volumes of Saga. Now excuse me while I pull on some underwear, scrub the coffee grounds off my teeth, and boot up my rantin’ laptop because I couldn’t take a nap today because Saga was so good.

So, Saga ( Brian K. Vaughan/Fiona Staples) is about space-babies and war. Star-crossed lovers. Bounty hunters. Magic. Human rights. Land Walruses. In short: a cross-cultural couple’s desire to procreate sends them spiraling through a hallucinatory vortex of war and love, which just about matches my personal experience.

Yes, there are some problems. You’re not going to do much running around mere minutes after giving birth, and there is no way you’d have milk for the baby in such a stressful situation as being caught in a firefight between goat-horned space-warlocks, robots, and GM angels (and a monkey was in there somewhere? The monkey confused me).  But whatever. There’s a good story here, composed of a delightful balance of romance, humor, and violence. There are good characters. There’s some internal logic (if you squint). There’s even a goddam moral. What more could you ask for?

You could ask for less soul-searing imagery and laser-guided mastery of pacing and tension, is what! I stayed up all afternoon grinding through this story, and any second now my 2-year-old is going to wake up and tell me she’s a tyrannosaur. And DADDY NEEDED HIS NAP.

This entry was posted in Blog and tagged Book Review, science fiction. Bookmark the permalink.