When I went to Loncon3, My First Conference Ever, I took along a notebook. On the first page…

I got to meet Adrian Tchaikovsky, author of SHADOWS OF THE APT while waiting to get into the Dougal Dixon kaffeeklatsch. Then I talked with singer-songwriter Tim Griffin about (of all things) the use of syngas as a battery. What better way to store and transport electricity than use it to convert atmospheric carbon into gasoline? (Probably lots. Let me know in the comments!). But anyway, look at the top left up there. That was one of the two panels I managed to attend at the whole convention.

One of the things that impressed me about Loncon3 was its “World at Worldcon” series of panel discussions about the science fiction and fantasy literary worlds outside of the Anglosphere. They had panels on Scandinavia, German-speaking countries, Eastern Europe and the Baltic, Francophone countries, Spain, Israel, the Arab world, China, South and Southeast Asia, and Latin America. (I’d like to add more hyperlinks! Anyone else discussing these things? Let me know.) 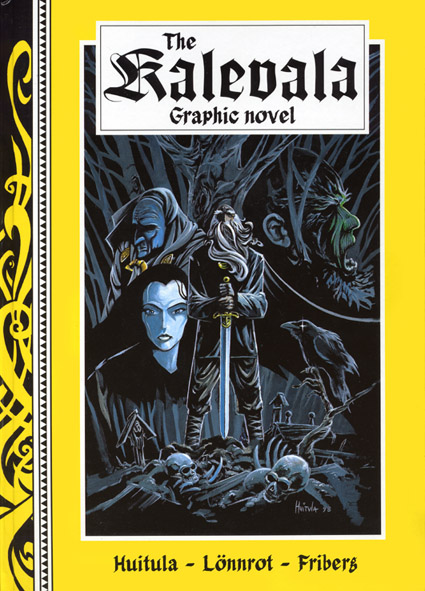 At the Scandanavian panel, Tore Høie, Anna Davour, Sini Neuvonen, John-Henri Holmberg, Marianna Leikomaa talked about translating Nordic F/SF into English, and how hard it is to find (a) Competent translators (b) American publishers interested in translated work, saddest of all (c) Anglophone readers who want to read foreign books. It’s a real shame I can’t get all the Nordic fantasy I want.

I talked with Steve Bein about the difficulties of importing culture into the USA (and I WILL talk with him about it next week, if you’re reading this in the future), but I don’t want this post to be about shaming American readers and publishers. Instead, I want to show the other side of the coin. Look at the problems above from the perspective of the Anglosphere and you get lots of (a) extremely talented people who learned English as a foreign language (b) American publishers reaching out for new and interesting stories, and (c) people all over the world who want to read stories in English.

At the bottom of the page, as if proof of my thesis were needed, we have Lauren Beukes, a South African writer who writes (she insists) about South African issues. And yet, here she is, winning Arthur C. Clarke awards and getting talked up by Steven King. It may just be she’s a super journalist-author who actually flies to the settings of her books and interviews people there (!). It may be because she’s talking about global themes that are important to everyone. Or maybe her books are just really fun and interesting.

This entry was posted in Blog and tagged science fiction, writing. Bookmark the permalink.